Before leaving for your holiday go through and check off the list.

"Victoria - The Place to Be" this weekend

Emily Wright
191 views
5
Things to do in Melbourne, Australia

Melbourne is the place to be in Australia, make time to check these places out

Explore Australia's largest state with these great places to visit

In Australia's breathtaking landscapes, a unique phenomenon manifests itself in the form of vibrant pink lakes - a result of the proliferation of a microorganism known as Dunaliella salina.

Resilient to the inhospitable conditions of saline environments like salt pans and lagoons, this organism produces a red pigment called beta-carotene to defend itself from the intense sun rays. When present in sufficient amounts, this algae gives the water a distinctive, rosy tint.

Moreover, the salt crust that forms on the lake's surface, a mixture of salt and the algae's pigment, also contributes to the lake's color. Typically, these lakes that exhibit a striking shade of pink are shallow and abundant in salt, providing an ideal habitat for the algae to flourish.

As the intense sunlight beats down, the algae release more beta-carotene, intensifying the lake's hue. It's worth noting that the color of the lake can fluctuate depending on various factors such as the time of day, weather conditions, and the density of the algae population. 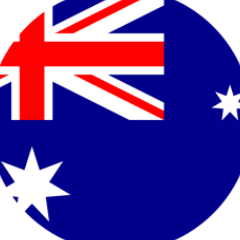 The "must-dos" for Sydney, Australia

The earth is what we all have in common-Enjoy!

Alex
35 views
0
The Best Things To Do In Daylesford

Everything to eat, drink, see and shop in Daylesford, Victoria.